Trust me when I say I’m as tired as you are of hearing me talk about my vacation. But sadly, I am still using it as an excuse for being way behind. I have now gotten the wedding photos I mentioned in my last post edited and printed and I have 90% of my vacation pictures edited. I have all my laundry done and nothing left to do to the house other than mopping the kitchen floor and pretending to dust the furniture. So I am almost back to normal.

My playtime, however, is not back up to speed at all. I did log in to Elfi the other day and ran a painful random through Grim Batol so that I could get the last of the points I needed for a belt upgrade. It was worth it once it was all over with and I had a shiny new belt around my waist; but I wasn’t so sure it was worth it while I was following a Worgen warrior tank on speed through the instance and wasting mana potions because he never stopped to allow me to drink. I know what you’re thinking and yes, I did tell him in party chat that he needed to give me more time to drink. He immediately replied that he was not a noob and he was watching my mana for me. Well, thank you so much… and by the way, do you know what the hell mana is? Because if you were watching my mana you would see that it has been non-existant for quite some time now. I know what you’re thinking this time too and yes, on the next super fast pull where not only myself but 2 of the 3 dps were still out of range, I let someone die. Ha, that’ll prove my point. You don’t give me enough time to be prepared before you pull then this dungeon is gonna get a bit harder. Except that backfired when the mage (who immediately started yelling for a battle rez on a trash fight) got pissed off that she was not rezzed to rejoin the fight so she released and then dropped group. Awesome. But like I said, we got through it and I didn’t let anyone else die (since that didn’t prove anything anyway) and now I have better gear. Yay me!

Oh and here’s another good Elfi story. I rarely do the Tol Borad dailies because, well, mostly because it’s easier not to do them. But I wanted to rebuild a bit of gold, I could definitely use the rep AND there are good herbs there. So off I go. I pick up all the quests and wander down the road with the intent of killing 14 villagers. But the first guy almost whips my ass. I have to break moonkin form twice to heal myself. Weird. So I sit down and drink, eat some buff food just for fun, make sure my Mark of the Wild is all fresh and new and then amble over to exact my revenge on the next hapless villager. And then I got my ass almost kicked again. Again I had to heal myself. What in the hell? I guess I haven’t done these quests in so long I forgot how hard these fools hit. So I continue on and I have to keep healing myself through every fight when finally, forever later, I got 14 of the buggers down and the quest was complete. That is when I noticed I was wearing my fishing shoes and my chef hat. /facepalm. Yep, still noobing it up just like always.

Okay, that’s all I’ve got for now about WoW… wait, I wanted to say that I’m hella-excited about the upcoming Dungeon Finder: Call to Arms.

Now I leave you with some more pictures from my vacation because some of you have requested to see more. 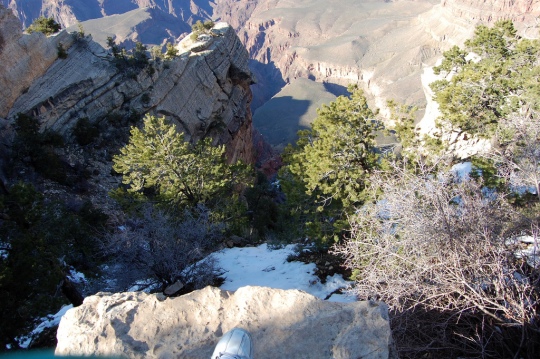 The hotel I stayed in on Fremont Street, Las Vegas 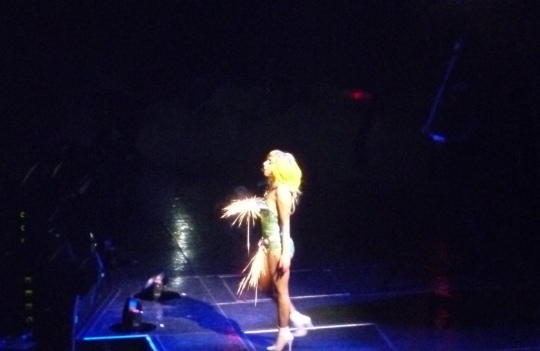